October 16, 2012
Darklore volume 7 is now available, and it's a goody. It contains much that is exquisitely strange and disturbing from writers including Mike Jay, Robert Schoch, Mark Pesce, Blair Mackensie Blake, Cat Vincent and Greg Taylor. Full details can be found here. 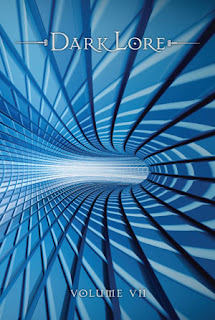 This collection has something of a theme of the blurring boundaries between the real and the imagined, which if you've read The Brandy of the Damned you'll know is something of an interest of mine. My contribution is a 7000 word essay concerning the influence of Robert Anton Wilson on the British rave band The KLF, entitled From Operation Mindfuck to The White Room. It includes this freaky-as-all-hell illustration by Isoban. 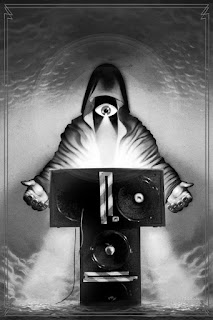 The essay as adapted from a book I wrote earlier in the year called KLF: Chaos Magic Music Money. That book was intended as a response to the burning of a million quid on the isle of Jura by Bill Drummond and Jimmy Cauty. It is a story about Discordianism, Dada, Situationists, Alan Moore, Ken Campbell, Robert Anton Wilson and the alchemical properties of Doctor Who.

Now I won't lie; it very quickly turned into a very strange book and it troubles me. The original plan was to put it out around now but at the moment I'm not entirely sure what I'm going to do with it. I'm toying with the idea of only printing five copies that you can't buy, but which you can borrow. In this network era when everything is available to anyone - or it's not available to anyone - that seems strangely appropriate for a book about The KLF.

I don't have to make a decision for a few weeks, however, when it returns from its final copy edit. On the one hand I want it out as a record of the influence Robert Anton Wilson had here in the UK, because I'm very fond of Robert Anton Wilson. On the other hand, I would do much better shelving it to concentrate on the new novel that will be finished by the end of the year, The First Church on the Moon, because that is turning into something truly peachy.

Whatever happens I'm not going to burn it, though. That would be crazy.

In completely unrelated news, I'm appearing at Waterstones' in Windsor on Thursday evening, alongside Niven Govinden, and more details can be found here. 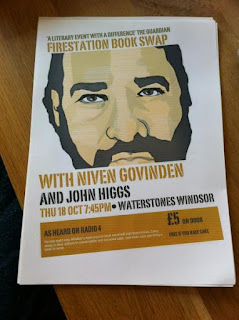