August 14, 2013
There's so much going on that I'm starting to lose track with what's been announced and what hasn't. Hence this EPIC UPDATE to put that right - more for my benefit than for yours, I suspect.

1. The First Church on the Moon 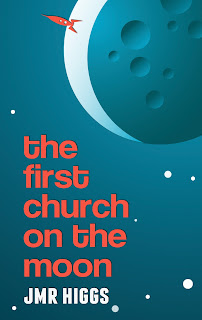 This is the sort-of sequel to The Brandy of the Damned and it's out now in paperback and Kindle (UK | US). It's also free to download - but only until about 8am tomorrow, so be warned. The free download offer is lazy marketing, basically, as I'm well aware I've too much going on at the moment to promote it properly.

Like The Brandy of the Damned and The KLF, The First Church on the Moon was one of the three books I wrote during 2012, so it's good to finally have it out. I hope you enjoy it - it was written just for shits n' giggles after finishing KLF and while sorting out deals for the forthcoming 20th Century book. Maybe I'm overly fond of it for that reason, but I think it stands up well and hope you give it a try.

2. The KLF: Chaos, Magic and the Band who Burned a Million Pounds. 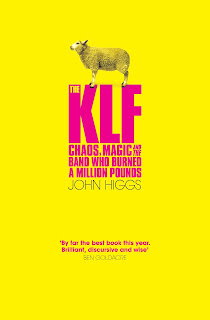 The paperback of this - originally released on Kindle last November - will be published by Orion's Phoenix imprint on September 26th. It's available for pre-order now, and the first edition will come with a sticker of a sheep on the cover which completely covers the title, so get in early all you lovers of limited edition things, and indeed lovers of sheep stickers. The book is a slightly more polished version of the original ebook, now with photographs, notes & sources, a timeline, index and a discography. We've done it proud, I think.

3. I Have America Surrounded: The Life of Timothy Leary. 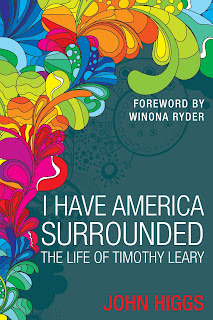 It's taken a while, but I Have America Surrounded in back in print in America - this handsome paperback edition is now available from Amazon. Got there in the end!

4. Brandy In The Basement. 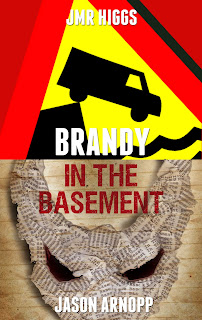 The Brandy of the Damned has entered into an enforced marriage with another book, Jason Arnopp's psychological horror novella Beast in the Basement. The result is Brandy in the Basement, a low-cost, all formats, DRM-free ebook bundle. Details of where to find it are here. Note that this is currently the only way you can get an epub version of The Brandy of the Damned. 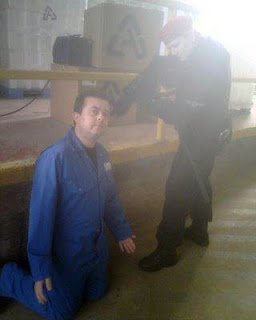 Speaking of Jason Arnopp - seen here about to be shot in the head by crack UNIT troops for his crimes aiding the Sontarans - he recently interviewed me about The First Church on the Moon over at The Big Hand. Go there and see what regrettable confessions he forced out of me. 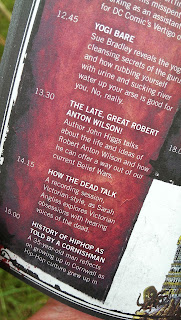 I've been doing a number of talks about how, in a culture of people who DECLARE CERTAINTIES LOUDLY, we need Robert Anton Wilson more than ever. Come along and see me if you get the chance. Note that the October London talk with Daisy Campbell for the London Fortean Society has already sold out. If you're around Brighton, though, I'll be doing a quick 15 minutes at the Catalyst Club on Sept 12th.

I'll try and get some more arranged - they'll be announced on my Obligatory Facebook page, so like that to keep informed.

7. Shardcore is Up To Something. 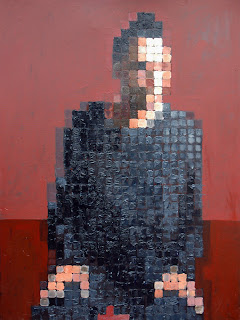 You may know Shardcore as the artist/coder behind Radio Eris, an internet radio stream that ran for a few weeks when the KLF book was originally published. Needless to say, he is up to something different for the release of the paperback. No announcements yet, but watch this space as there may be a soft launch ahead of time. 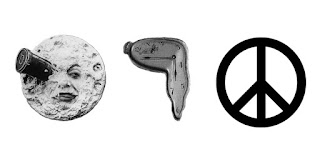 And finally - deep breath - there's the real work for this year. This is my alternative history of the 20th Century, which I'm writing for Orion. I've just hit the half-way mark with this, and am feeling good about it. It's not a book that wants to improve your current understanding of that century, but a book that wants to see that period with completely new eyes. Wish it luck.

I'd better get back to it, come to think of it.