November 19, 2013
Burning money is an action where intent is everything.

This is the behaviour of cold-hearted corporate sharks and insecure rappers. It also has a poorer cousin, namely waving your money in someones face. See, for example, Harry Enfield's Loadsamoney character, city bankers during G20 anti-capitalism protests, or the overtime-rich police waving their bonuses at striking miners during the 1980s.

No-one who has ever undertaken these acts has come out of it well.

Like many protests, this is a largely symbolic act. The actual amount of money doesn't mean much in the grand scheme of things, yet symbolically it is sacrilege - like upturning a crucifix or denying someones gods. Like the Joker's 'message', it is a declaration that other value systems are available. 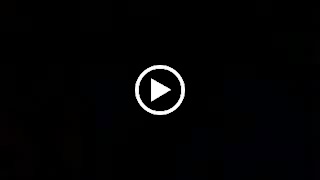 Here we see France's worst babysitter Serge Gainsbourg lighting a 500 Franc note in 1984, in response to what he felt were France's high levels of taxation. This could be filed under 'protest', but as it is also an example of burning money because you don't want anyone else to have it, it is placed here under spite.

This is not a list about money being lost or squandered. I haven't included Yves Klein throwing gold dust into the Seine, for example, because the gold was scattered rather than destroyed. But there are other non-paper sources of wealth that can be physically destroyed, and that includes the virtual algorithm-backed currency BitCoin.

Here we see some people burning a memory card containing their bitcoin wallet. As the video states, "...the real aspect making it into a currency is not when it is spent but when it is burnt." Hence, this burning can be seen as further legitimisation of this mighty game-changing currency.


Hello Bitcoin from Videocassettera on Vimeo.

Love the marshmallows at the end. (h/t to @sinkdeep for this one)

Burning money seems to be a good way to get yourself locked away in a psychiatric institute - on the grounds that you must obviously be insane if you do it. One example was Billie Boggs, a homeless New York City woman notable for the legal test case that followed her being institutionalised for burning dollar bills in 1987 (h/t to Jonathan Harris for that one). Another example is Youth from Killing Joke, which he discuses in my interview with him here.

It's not hard to imagine that guy burning money at Occupy Wall Street in the video above being carted away some day soon for just this reason.

Allen Ginsberg's epic Beat poem Howl mentions someone "burning their money in wastebaskets and listening to the Terror through the wall." This is a reference to Ginsberg's friend Lucian Carr. Carr had claimed that he placed his head in a gas oven as "a work of art", but this argument was not accepted by the medical authorities and he was sectioned for suicidal tendencies. When he was declared sane and released he burnt his psychiatric record in a wastebasket along with $20, and Ginsberg immortalised the act.

cowered in unshaven rooms in underwear, burning their money in wastebaskets and listening to the Terror through the wal - See more at: http://www.poets.org/viewmedia.php/prmMID/15308#sthash.CZ2L54Sw.dpuf 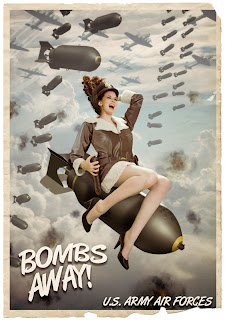 The 20th Century introduced us to aerial bombardment and as a result an unquantifiable amount of cash went up in smoke. True, it was largely very poor countries that found themselves on the receiving end of large amounts of bombs, but not exclusively - Dresden, London and Hiroshima will attest to that.

Of all the reasons for burning money, the one I can get behind is that demonstrated by Jonathan Harris at our London Fortean Society Robert Anton Wilson event. He just burnt twenty quid, as you can see here, but doing so had a very powerful effect on those present:

Why? Well, his reasons focus on forgiveness, and giving without expectation of reward. I recommend you read his account of the act over on his blog, in which he explains his reasoning far better than I can here.

Of course, millions of notes are burnt around the world every day. Such is the normal housekeeping involved in printing and maintaining a paper currency. You can see some of this here. And why not? It is, after all, just paper.

Almost every note you ever hold will be burnt in the end. That is the ultimate fate of every tenner or dollar bill. Hence the question when it will be burnt - and with what intent. 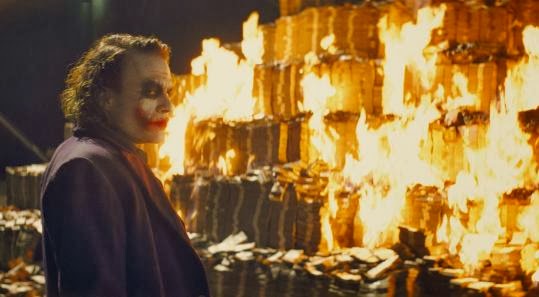