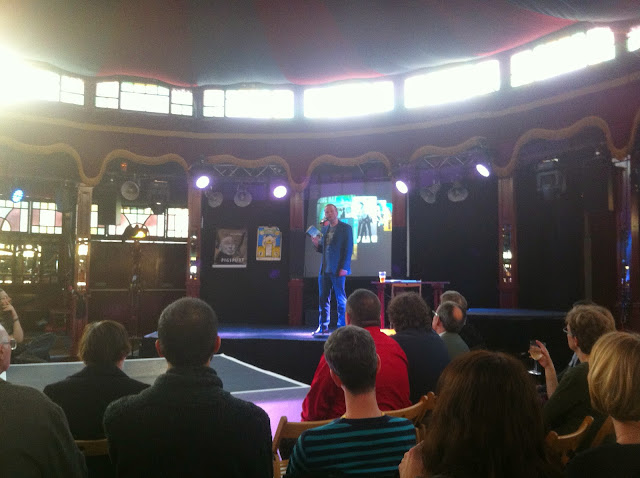 Summer is (just about) with us and my new book Watling Street is getting ready to launch... but more on that soon. Now it's time to leave the house and pop up in strange places to talk about that book and other strange stuff.

To warm up, I've already done talks for Women In Art, the Super Weird Happening at The Florrie, Liverpool and the Cosmic Trigger play. Here's what's still to come, I'm either coming to a place near you or trying my damnedest to:

May 22 - Bath Literary Festival.
This will be my first talk about the new book - let's see if it makes sense to anyone other than me.

May 24 - Odditorium 'Watling Street' Event, Spiegeltent, Brighton Fringe.
I'm utterly thrilled to report that I'll be joined by those giants of psychogeography, Alan Moore and Iain Sinclair, plus music from Oddfellow's Casino, for this unique one-off event. This is a bigger venue than last year's Fringe talks, but it is looking like it will still sell out, so get in soon.

May 25 - Odditorium book event, Bosco Tent, Brighton Fringe
...and the following day I'll be one of the gang in the neighbouring Bosco Tent focusing on the Odditorium book - I'll be talking about Baroness Elsa von Freytag-Loringhoven.

June 4 - Byline Festival, Sussex
A talk called Operation Mindfuck: The Experiment that Fucked Itself by myself and David Bramwell

June 18 - Willowman Festival, Thirsk, Yorkshire
In beautiful North Yorkshire as part of the Chapel Perilous stage, with assorted movers from the neo-Discordian world - memorable times ahead.

June 30 - Buckingham Literary Festival
Talking about Watling Street not far from Bletchley Park and Milton Keynes, both of which figure in that book.

July 12 - Brighton Waterstones
The Watling Street book launch! Come one, come all, there may even be drink.

July 15 - Latitude Festival
As part of the Salon London: False Memories of Time and Place event.