Today is the birthday of the late great American agnostic Robert Anton Wilson.

His books (and in particular, the Illuminatus! trilogy he co-wrote with Robert Shea) depict a bewildering world of conspiracies, half-truths, lies, fake news, incompetence and our inability to find anything resembling objective truth. Or to put it another way, it describes the world as it is now, ten years after his death.

Wilson was a leading figure in the counterculture project known as Operation Mindfuck. This was a form of western Zen. Seeding our culture with confusion, contradiction and mischief, it was thought, would jolt people out of their illusions. Operation Mindfuck kicked off in the 1970s and has never really stopped.


Operation Mindfuck, like the Discordian religion which embraced it, was typically politically neutral, or at least clear that the ideologies of both the left and right were equally valid targets. However, the ideas behind Operation Mindfuck have since become a tool for those with a lust for political power, most blatantly Putin’s advisor Vladislav Surkov, as explained in this short film by Adam Curtis.


It’s stating the obvious, but the vast majority of us are not enjoying this ‘post-truth’ world. It is not so much that the fake news is disturbing. The real gut-kick is when people confidently proclaim that we should return to the pre-post-truth world, and then think about how to do that, and slowly realise that not only is it impossible but that there was no pre-post-truth world in the first place. Think of Hillsborough, or Iraq’s imaginary WMDs. What has actually changed is that it is no longer possible to comfortably fall for our earlier illusions. As the saying goes, if you want to be certain, buy an encyclopaedia. If you want to be uncertain, buy two encyclopaedias. Our culture has bought a second encyclopaedia. 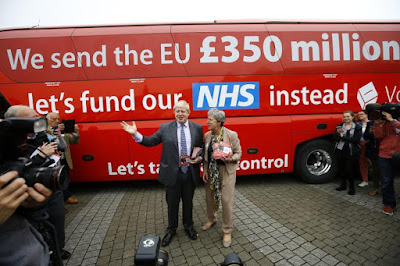 The rise of the Alt-Right, with their use of meme magic, conspiracies and disinformation, led to left-leaning Discordians thinking that Operation Mindfuck had been weaponised against them.

You don’t need me to tell you that this is currently grim as all hell. But if you take the long term, pragmatic view, it could be that the use of Operation Mindfuck techniques in this way are, essentially, a trap.

In his books, and most importantly in his autobiography Cosmic Trigger, Robert Anton Wilson talks about the psychological state where you have no way of making sense of what is happening, where all your maps have run out, and where you have no fixed point with which to orient yourself by. He called this place Chapel Perilous. This is where we are now as a culture. 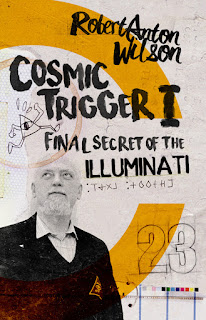 There are only two outcomes from a visit to Chapel Perilous, Wilson tells us: paranoia or agnosticism.

Agnosticism – and here Wilson means not just doubt about God, but doubt about everything - requires an acceptance that you are not the only right-thinking person on the planet, and that it is not true everyone else should agree with you. It requires a recognition that you are statistically just as full of shit as everyone else. There are over 7 billion people on the planet and you will never find someone else who shares your views exactly. Our reality tunnels are all different because they are shaped by our own unique experiences. None of us know what we don’t know. We need all the help we can get, including science and other people’s perspective, in order to get by. The ultimate goal of the agnostic is not to become right, but to become less wrong.

Agnosticism, then, involves humility. It was humility – and an extraordinary act of forgiveness - that rescued Wilson from his own stay in Chapel Perilous. Wilson was ultimately able to make a good life for himself with no need for certainty.

But the alt-right don’t do humility. They like strength, and decisiveness, and have a psychological need for certainty. How will they exit Chapel Perilous with those values? They may have grabbed the ring of power, but are trapped in the postmodern post-truth world, the one place they will never find the certainty and strength they seek. They are like Brer Rabbit and the tar baby. The more they attack, the more stuck they become. They aren’t going anywhere.

It’s no secret that populist far-right movements never end well. There are no examples in history of them being a good idea. How desperate for a fixed, certain ideology would you have to be to hitch your identity and worldview to one? This is clearly a dangerous time. But look again at the alt-right in Chapel Perilous, lashing out in all directions, owning the news cycle as they do. See how their contradictions enrage those around them, who react with great energy, which keeps the system running? Now imagine those people who feed them gradually finding their own way out of Chapel Perilous. See how the non-humble flounder and turn in on themselves when their victims move on and there is no-one else left to fight? They are stuck in postmodern, post-truth quicksand from which they are the only ones who can never escape. Without humility, Chapel Perilous is a nightmare jail for the cruel.

What is the way forward? Readers of Robert Anton Wilson are a useful group to look at here because they have already processed Chapel Perilous and, judging by the ones I’ve met, there is something interesting happening. It is too soon to definitively label and define, but the designer Amoeba has coined the temporarily-useful name Operation Mindfix. As he says, Operation Mindfuck is over for Discordians because it is unnecessary in the post-2016 world. From now on, the ongoing work can be considered part of Operation Mindfix.

All this is happening away from the boxing matches of social media. It needs the coming together of people in the real world, because empathy is rarely found online. There is magical thinking involved, but then, when is there not? It chimes with academic talk about the move from postmodernism to metamodernism, where sincerity and belief are returned to our world not as pillars of identity but as tools for personal use, to be used and discarded as circumstances demand. There are echoes of it in the theatre director Daisy Campbell’s attempt “to create a narrative so utterly complex and so thoroughly self-referential that it becomes to all intents and purposes alive.”

It understands that social media can be used for finding those who chime with us but that there is no point in using it to shout at the different. It comes from a recognition that being a consumer and a critic are not enough, and that we won’t be fulfilled until we step up and contribute in our own individual way. It involves the virtuous circle of people being inspired by people being inspired. It centres of the understanding that meaning exists, but it needs to be self-generated.

It’s the dawning realisation that, by supporting friends and being supported by them, and by taking a leap of faith, every one of us can evolve our own souls.

None of this is a solution to our immediate political problems, of course. Near-future politics will be chaos as technology takes our jobs, walls replace bridges and climate change and population demographics start to bite. Great change is coming and it is going to be messy. No, this is a larger project: the act of evolving into twenty-first century humans.

I have a suspicion that, when we moved from being hierarchical people of the book to networked people of the screen, all this became inevitable. Which is not to say that Operation Mindfuck or the Illuminatus! trilogy were unnecessary. They were, in many ways, a training manual for both understanding this particular point in time, and in getting through it.

So Happy Birthday Bob - and thanks for the toolkit.